By accepting you will be accessing a service provided by a third-party external to https://www.trotterroofing.com/

Famous Roofs Around the World

When you think of the word "roof", what comes to mind? Is it a straw thatched covering atop a bungalow? Is It solar panels collected on the top of a modern structure? Or is it brown and black shingles on an A-frame house? Whatever the case is, one thing is for certain; there are many different types of roofs. The material, color, structure, and location of the roof make each one unique in its own way.

Some roofs have shaped history, broken records, or even drawn thousands of tourists. Each roof is influenced by its varying cultures and locations. Today, Trotter Roofing and Gutters wants to highlight a few distinctive roofs from around the world. 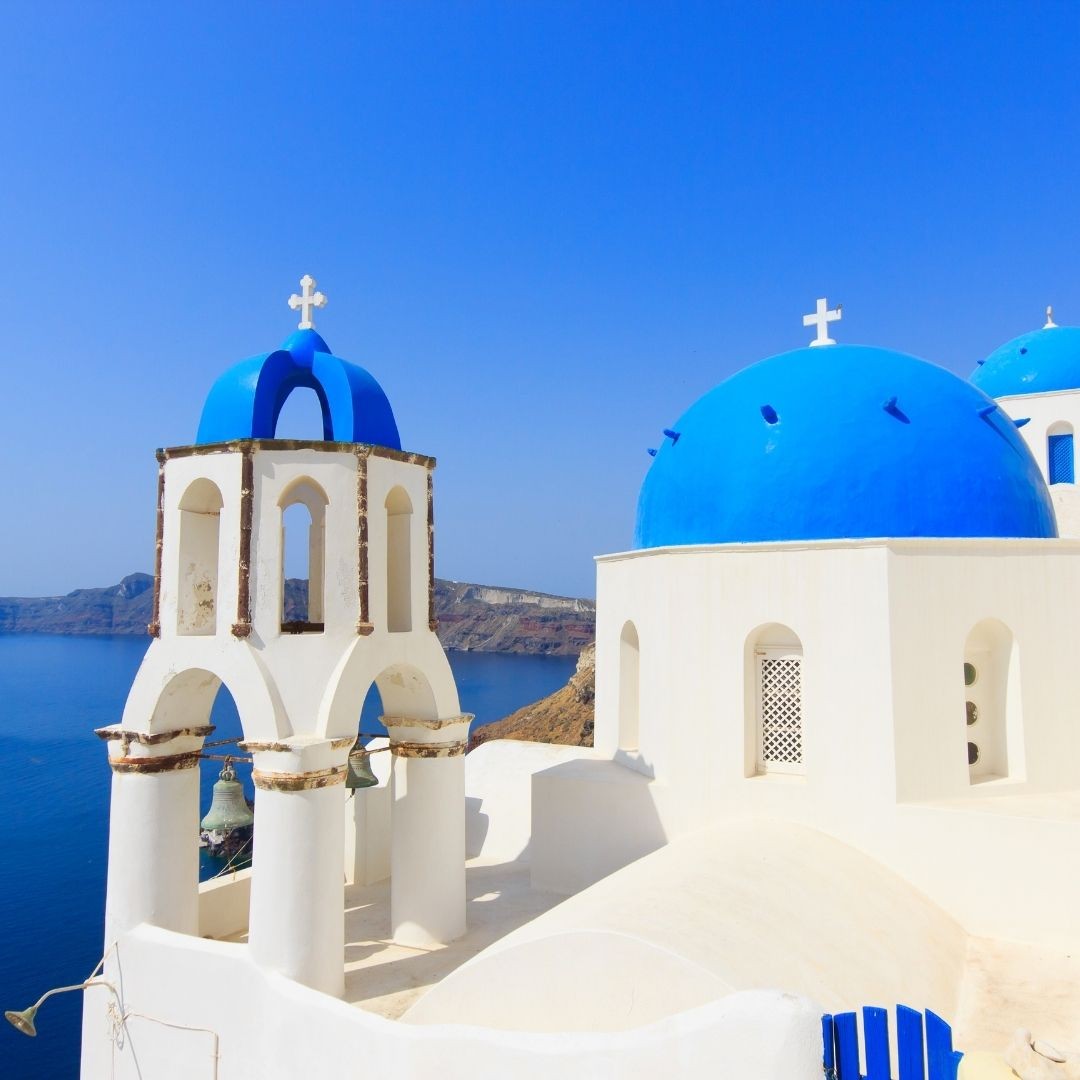 Maybe you've visited Santorini on vacation or have just seen the iconic domed roofs in photos. Either way, the domes atop the Greek structures are incredibly recognizable. Not only is the shape varied from a typical roof, but some have the added blue color to really make them pop. Experts say that the blue and white colors of the Greek flag were prohibited under Ottoman Rule; and the current roof colors are in celebration of the once banned Greek flag. The lighter colors are also practical in that they help keep buildings cool during the summer. The dome shape also makes these seaside dwelling properties resistant to heavy winds and storms. 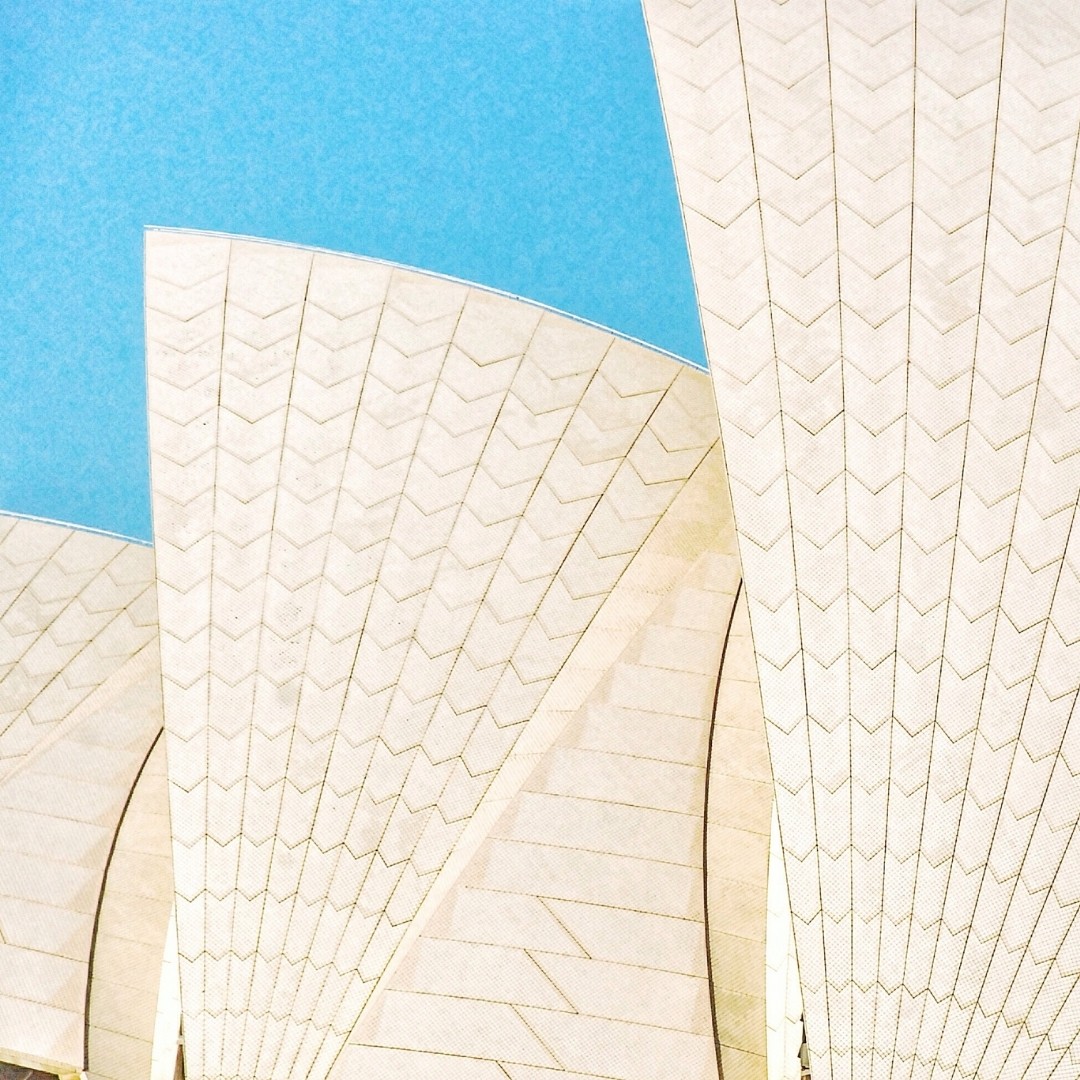 The identifiable "shells" of the Sydney Opera House roof are hard to miss. The multi-venue performing house is located in Sydney, New South Wales, Australia. This incredible roofscape is made from giant concrete panels, covered by millions of Swedish tiles. Construction began in 1959 and took 14 years and 102 million Australian dollars to complete. The Sydney Opera House has been listed as one of the most outstanding places on Earth. 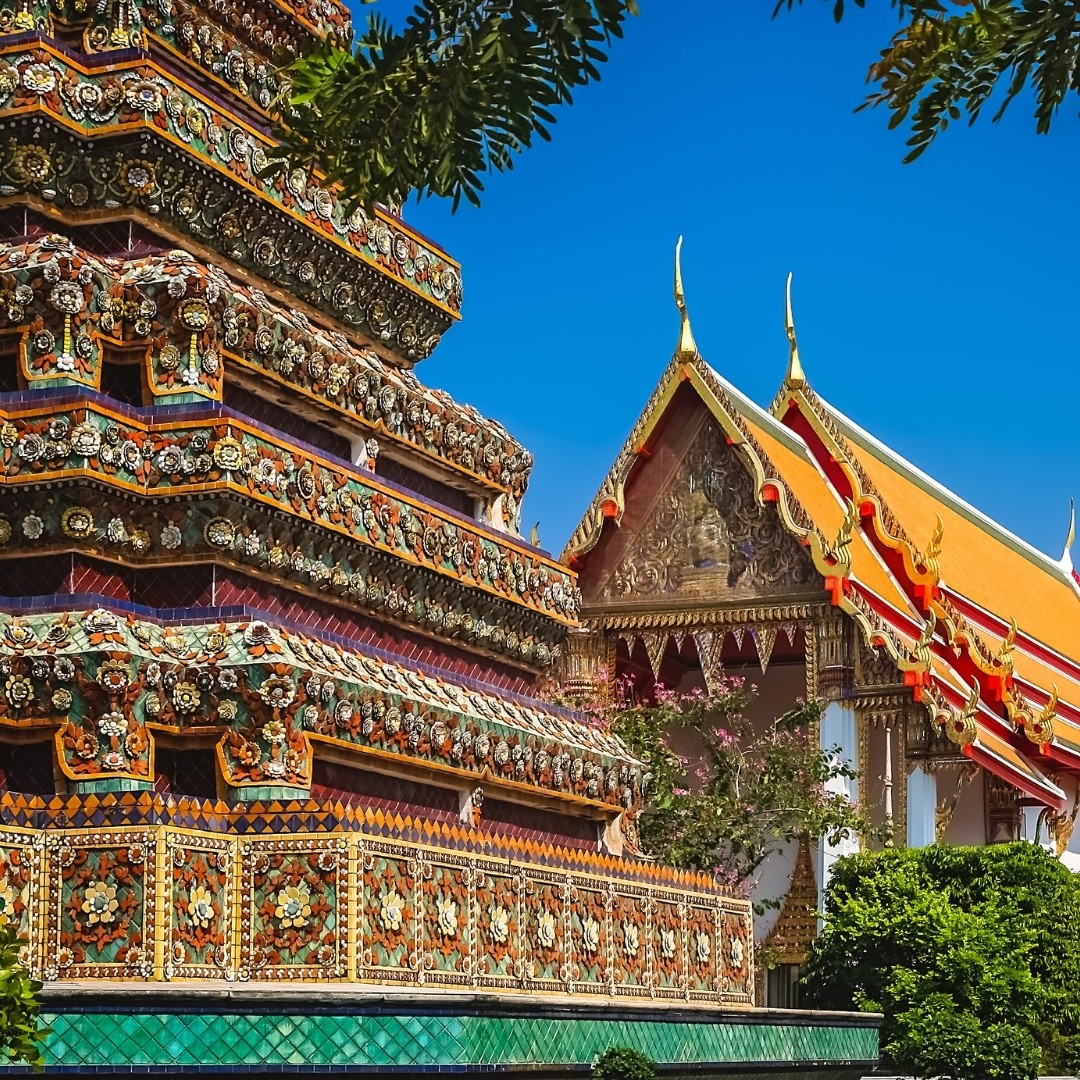 The palace itself, located in Bangkok, Thailand, spans over an incredible 2.35 million square feet. The most striking thing about the palace is not it's sheer size, but rather the incredible roof that's rested upon it. The palace has housed royalty since 1782 and has had multiple renovations during that period. The roof was originally made of palm leaves, but was replaced with the now historically significant, adorned ceramic tiles in the late 1800s. 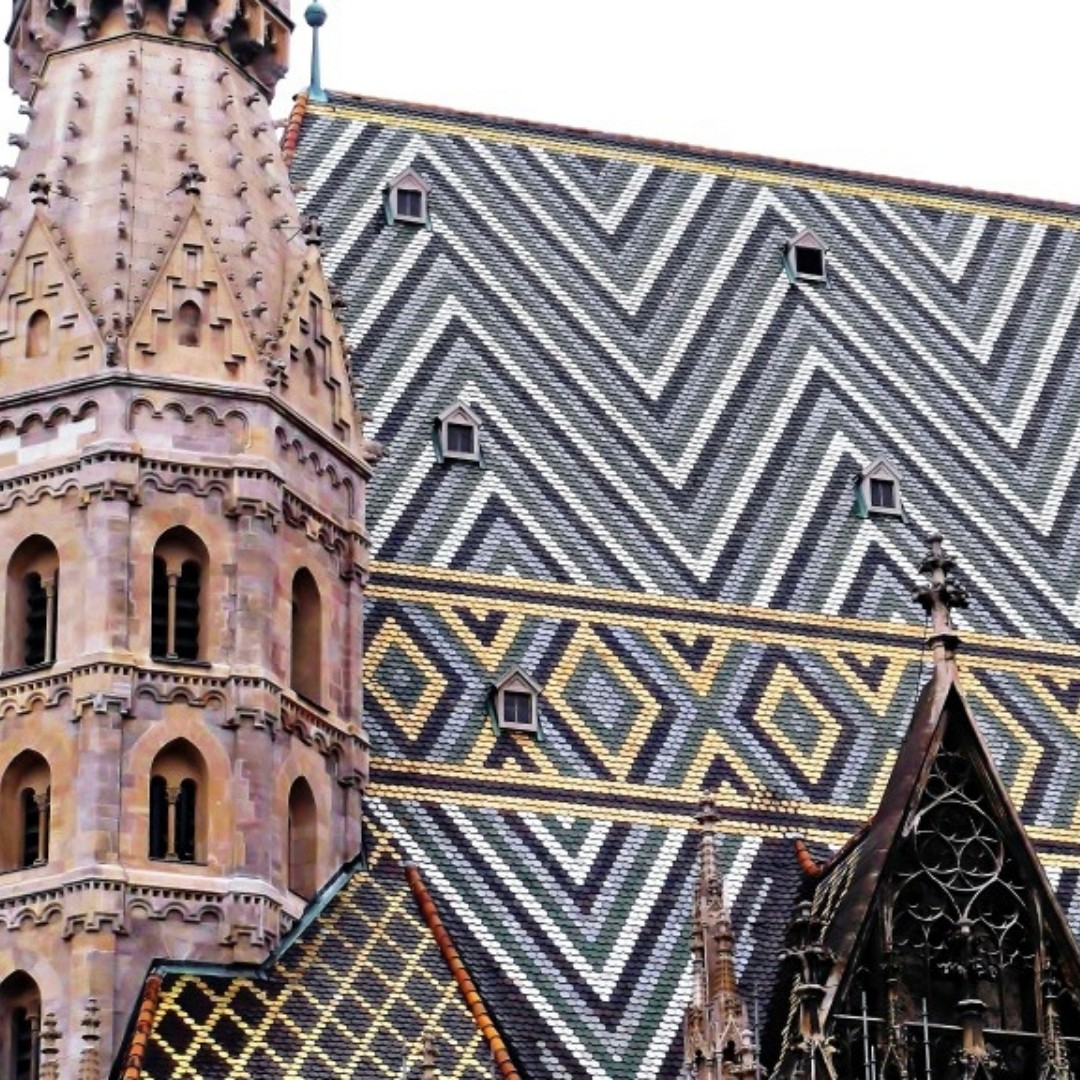 This mother church in Vienna, Austria dates all the way back to the 14th century. The towers have dominated the skyline since. Its roof makes this cathedral go the extra step as far as it's international appeal. The ornate patterns and mosaics are formed from over 230,000 glazed tiles. The roof is also so steep that the only way it can be cleaned is by rainwater washing over it 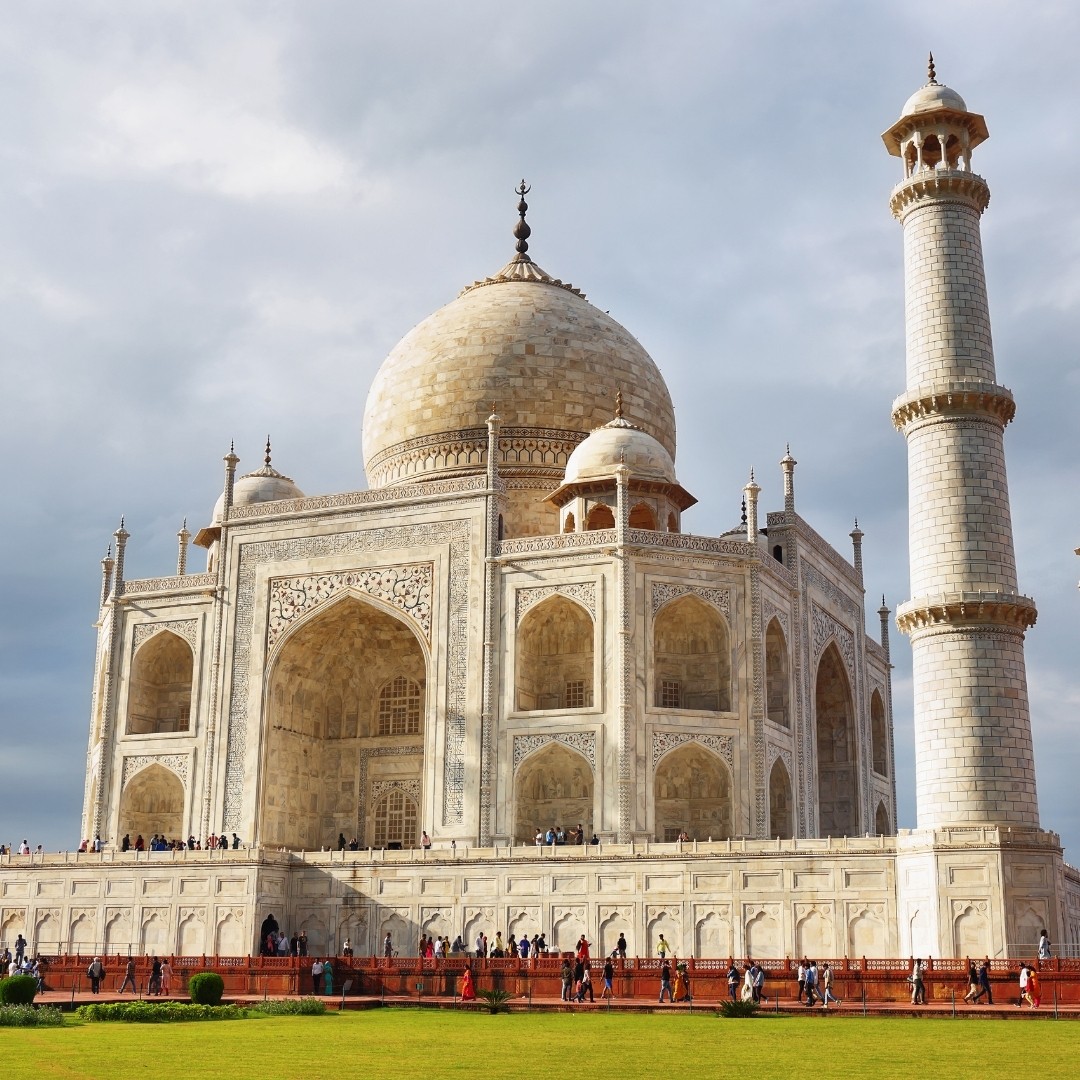 Arguably one of the most recognizable roofs in the world, the Taj Mahal is located in Agra, India. To many, it is also known as the "Crown Palace". The palace is a compilation of 5 major structures, all which surround a mausoleum at the center. While the dome shape might seem similar to the likes of Greece structures, there are a few major differences. These bulbous domes are constructed from over 25 different varieties of semi-precious and precious gems and white marble bricks from around the world. There is also religious and cultural symbolism engrained into the shape.

Each one of these roofs is representative of just a few of the many cultures worldwide. While your home's roof may not be constructed from precious gems or colorful ceramics, it is still incredibly important to the integrity of your home. Your roof protects you and your loved ones from rain, snow, ice, heat, and more. Trotter Roofing and Gutters can help ensure your roof can stand the test of time, just like these ones from around the world!